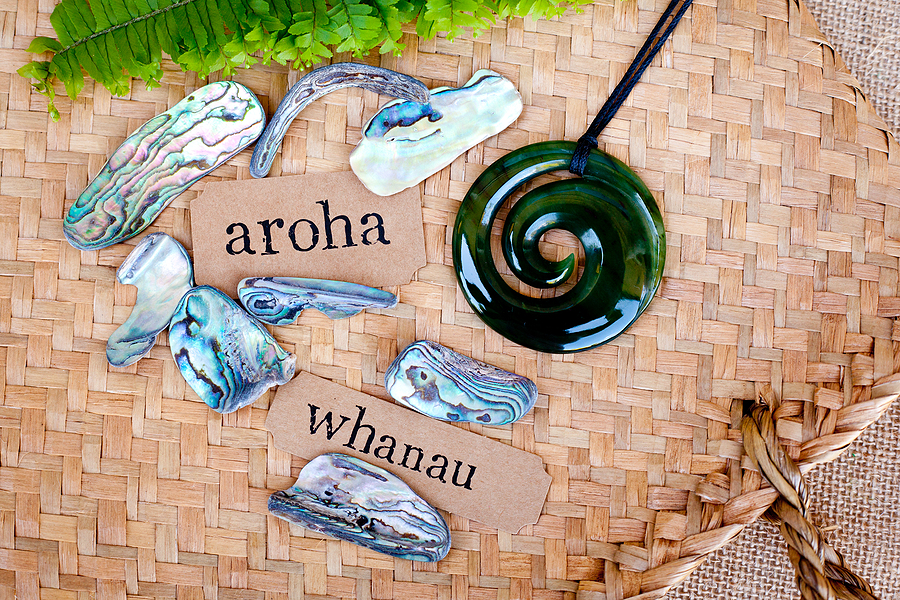 The traditional New Zealand Koru necklace carries a great deal of meaning and cultural significance. These beautiful, hand carved works of art have been handed down for many generations and were worn by many Maori’s early on the country’s history. Nowadays, you will find many people wearing them. The shape seen in your average koru necklace has important symbolic meaning and is usually intended to represent rebirth or new beginnings and the start of new life. Koru necklaces have an extremely positive meaning and are often worn by people who feel optimistic about the future, or who are hoping to attract new things into their lives.

Traditionally, a koru necklace will be hand-carved to look the frongs of a young fern shoot. The beginnings of a new shoot show the beginnings of growth and life. Emerging shoots are soft, fragile things but they come from something that is deeply rooted and alive – this is a powerful message about life. New Zealand is home to many different types of ferns so the plant symbolism makes a lot of sense, as it’s something from daily life that many ancient people would have been familiar with. New beginnings can be fragile, but the people they come from are often resilient and strong. Hand-carved koru necklaces are also often associated with family and nurturing and so they are often handed down in families as symbols of the familial bond.

Another meaning that might be interpreted is prestige, as this symbol often appears on Maori tattoos and is a point of pride for them. It can be used to show authority and to indicate that someone is important or in a position of power in their community. It can also be interpreted as showing movement and the cycle between life and death due to its circular shape.

The symbol may also be interpreted as meaning purity or peace and harmony. The symbol is supposed to show equilibrium and balance and for this reason it is often gifted to newly engaged or married couples.

This jewellery can carry a great deal of spiritual significance. Wearing it is thought to bring people good fortune and shows off people’s connection to their culture. In the past, Maori people believed that there were many gods and goddesses of nature and they places a lot of importance on the natural world, believing that there was power in plants, the soil and the sun. The silver fern especially was regarded as an integral part of religious practice in the country. The silver fern is widespread throughout the forests of New Zealand and was highly regarded for its regenerative capabilities. In the old days, the ferns indicated the beginnings of a new season as their fresh frongs would marks the start of a new calendar for the Maori’s.

If you want to invest in meaningful jewellery then it really doesn’t get any more meaningful and significant than a koru necklace. You can find them in many places around New Zealand and can often shop for them online, but ensure you get quality and responsibly sourced materials. They are an important work of art and you should invest in something that is made with care and thought as they are culturally significant and should not be something that is made in a factory.